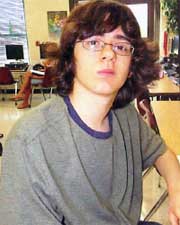 Details:
Despite constant bullying from classmates, Trevor was making good grades as a high school junior. However, state budget cuts reduced Trevor’s access to one-on-one mentoring from three hours a day to only 45 minutes per week.

Dying, Trevor thanked the police officer. A note in his pocket led to a suicide note he had left on his computer, apologizing for his actions.