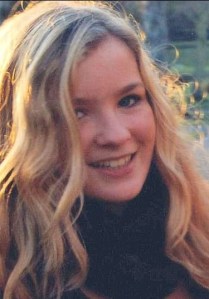 Details:
Sophie liked art and sports and was a talented musician. She was a competitive swimmer. Her mother says she was “caring, fun [and] totally unselfish”, and had many friends.

However, Sophie had problems with mental illness. Although she had many friends, her social anxiety made her worry that people didn’t like her. She developed an eating disorder, losing a dangerous amount of weight. She made two suicide gestures and had to go to the hospital.

In her diary, Sophie said, “I need to someday give back what [the staff] gave me in some way. I don’t know maybe providing art and craft lessons for the young vulnerable innocent patients who have every right to get better and love life like all the other young individuals out there.”

At 19 years old, Sophie was living at a residential care home meant to transition her back to the community. The care home was poorly managed and understaffed, and while Sophie was there, changed for the worse. Therapists were fired in an attempt to cut costs. Unqualified staff were hired. The manager, whom Sophie liked, was removed and she lost her therapist and her key worker. The place turned into “a boot camp”, where another resident attempted suicide. Though whistleblowers eventually reported the problem and most residents were moved out, Sophie stayed, her mental health deteriorating, until she was eventually told she’d have to move too.

Sophie hanged herself in her bathroom at the center, and died after two days on life support.

References:
Charity fined £40,000 after death of a teenager in its care
Sydenham consultant jailed for not giving evidence at inquest of mentally-ill teenager
Family of teenager who made ‘remarkable’ recoveries at Springfield Hospital raise more than £13,000 in her memory
Inquest into the death of Sophie Bennett begins on Tuesday 22 January 2019
Autistic teen took own life after being put in unit for mentally ill
Teenager killed herself after changes at care facility in Richmond, inquest told
Teenager killed herself after changes at mental care home, inquest told
‘Bright, loving’ Sophie Bennett killed herself after changes at care facility, inquest told
Care home charity faces prosecution over death of teenager
Clinician faces jail for ‘withholding evidence’