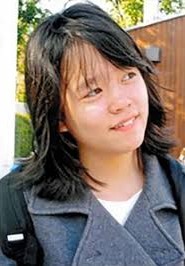 Details:
Miho was a friendly young woman who didn’t speak much, but was good at making friends. She “embraced life”, her family says. “She had a lovely smile and was adorable and a source of pride… the more time passes by, the stronger our desire to meet her again becomes.”

Miho liked music, and she was a fan of anime by Studio Ghibli, like Kiki’s Delivery Service and Laputa: Castle in the Sky.

As she grew older, Miho moved into a care facility; but whenever she visited home, she hated returning there so much that her family found her a different facility, a place called Tsuki Yamayurien, or Tsuki Lily Garden.

Three months after Miho moved in, a former employee of the facility broke in in the middle of the night. He tied up staff, then went room to room, cutting the throats of anyone who didn’t respond when he spoke to them. Miho was one of nineteen who were killed. Twenty-six were injured, thirteen of those severely.

The killer, who said he wanted disabled people killed for the good of the country, was sentenced to death for the mass murder.

One thought on “Miho”