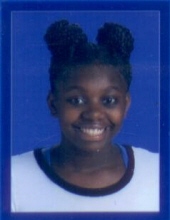 Details:
Shadaisja was a high-school student who liked peace and quiet.

Shadaisja’s mother and another woman were involved in a feud, and had argued, sent nasty letters, and eventually gotten protective orders against each other.

Shadaisja was in the car with her mother when the other woman opened fire on her and her mother; Shadaisja was fatally hit and died at the hospital. Shortly thereafter, her mother received Shadaisja’s report card in the mail, showing her good grades.