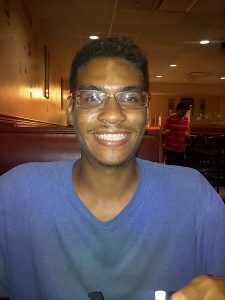 Details:
Anthony graduated from high school with good grades and was working at his first job, packing disaster relief supplies for people affected by Hurricane Maria. He was very proud of his new job and was looking forward to treating his family to dinner with his first paycheck. Anthony was a musician who created and edited music on his computer.

On his way home from work, Anthony had to take a different bus route because of a cancellation. He got off the bus in an unfamiliar neighborhood, and someone shot him dead in the street. Anthony’s father believes he might have been targeted because of his autism; he had already been robbed once, probably by people who saw him as an easy target.

A month later, police arrested a suspect for carrying a gun into a McDonald’s; the man is now charged with four counts of murder.