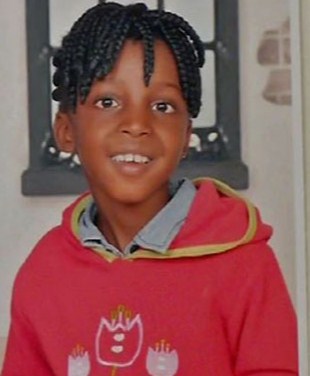 Details:
Katlego’s principal said of her, “People who know her will tell you that she was all about love.” She had a 13-year-old brother who was very protective of her.

When Katli went missing and her mother couldn’t find her, she immediately called the police, explaining that her autistic daughter was missing and they needed help. But the police told her that a missing-persons case could not be opened until Katli had been missing for 24 hours–even though she was a 10-year-old non-speaking autistic girl in extreme danger.

Katli’s family repeatedly demanded help from the police, and they and their neighbors searched as well as they could without official assistance. They posted flyers and recruited searchers via social media. The police finally became involved when somebody called in a fake domestic violence report.

Katli was found in the river a few days after her disappearance. Her cause of death is unknown.

References:
UPDATE: Autistic east girl’s death remains a mystery
#NotInMyName to march for justice after Katlego Joja’s death
Body of 10-year-old autistic girl found in a river
Community demands action in case of autistic Mamelodi girl
Emotional funeral for 10-year-old autistic girl
Justice for autistic Katli
Katlego Joja’s family shattered by her death
Police ill-equipped to deal with missing children with special needs
Police investigate cause of death of Mamelodi girl, Katlego Joja (10)
Religious leaders call for calm after death of Katlego Joja
Mamelodi police officers to be suspended for unethical conduct in Joja case
Family of autistic girl whose body was found in river mystified how she got out of yard