Details:
Darren was “a happy child with a kind heart”. He loved football (soccer), especially Chelsea. When he stayed with his grandmother and they watched the finals together, she says he cheered so loudly she nearly went deaf.

Darren’s stepfather allegedly stabbed him and his mother to death. 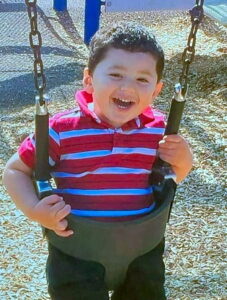 Details:
Liam loved to swim. He attended a school for autistic children and had a therapist to visit him at home for “behavioral issues”, but these services were suspended because of the COVID-19 pandemic. He lived with his mother, who was separated from his father.

Liam’s body was found by hikers. Initially unidentified, he was called “Little Zion” until a family friend recognized his photo as that of Liam, who had gone missing along with his mother. Less than a day later, police found Liam’s mother and arrested her on suspicion of murder.

Details:
Edwin was known in his village as a helpful child who would do anything for anyone without asking for anything in return.

Edwin lived near an illegal cock-fighting ring. He was shot by police, but the story the police tell, and the story his family tells, are different.

The police say he was at the cock-fight, and they shot him because he tried to grab one of their guns. But Edwin’s family says that he was nowhere near the illegal cock-fight, and the police dragged him there so that they could justify having shot him during their break-up of the cock-fighting ring. The family says they have witnesses who can corroborate their story, and who say they saw the police grab Edwin in a bear hug, shoot him at close range, and drag him away.

The police officers involved have been fired. An investigation is underway.

Details:
This 9-year-old boy lived with his father in a house with an old, dirty swimming pool out back. Despite the fact that the boy had a severe intellectual disability, the father did not bother to put a fence around the pool. Child protective services had once found him wandering alone outside.

On the day he died, the boy’s father reported that he had left the back door open, and the boy had fallen into the pool. Instead of calling emergency services, he called the child’s mother, and then only called emergency services when he demanded he did so. At first reluctant to retrieve the child from the pool because he did not like water, he was finally persuaded to fish him out with a rake and do CPR. The boy was found to be brain-dead at the hospital.

His father was arrested and charged with battery and aggravated manslaughter.

Details:
Levi was a quiet, well-mannered boy. Self-conscious due to alopecia (hair loss), he didn’t often go out; but he had befriended a neighbor who had had multiple strokes, and once saved her life with first aid. He didn’t want to put up a tent in the yard because he was afraid of damaging his mother’s plants. He wanted to go to the Caribbean and build a family home there.

Levi had nerve damage in his leg, so he walked with a crutch. His mother thinks that this may have made him look like an “easy target” to his assailants when one of them ran him over with her car and the other stabbed him to death.