Details:
Brooke wanted to become a veterinarian. She was “very caring, thoughtful, and sensitive,” her mother remembers.

Diagnosed with autism and emotionally unstable personality disorder, Brooke had been living with the risk of suicide for some time. She had been repeatedly hospitalized involuntarily due to suicide attempts and self-injury.

Hospitalized once again in a unit that supposedly specialized in personality disorders, Brooke initially improved, but then became suicidal again. Staff observed her handling “potential ligatures” which she had hidden under her blanket; but nobody did anything to help. Only minutes later, having been left unattended despite her obvious and active suicidal intent, she was found unconscious in her room. She died the next day.

An inquest found that the hospital had failed to protect Brooke in several ways. They had not searched her room after they saw her handling ligatures, nor had they taken the ligatures away; she was not put on 1:1 observation; and staff who had seen Brooke in danger did not report the problem.

Details:
Lauren was a brilliant student who wanted to be either a doctor or a pediatric nurse. Her mother remembers her as loving and gentle.

When Lauren was eight, her younger brother Alfie died of mitochondrial disease, and Lauren’s grief triggered OCD and anxiety about protecting her family. She would perform rituals to calm her anxiety about her family coming to harm.

By fourteen years old, Lauren knew she was mentally ill, and asked for help. She was hospitalized voluntarily. But the unit had no therapy, and no treatment plan. Her autism was misdiagnosed as a personality disorder until she was 17 years old.

Over the next several years, Lauren was an inpatient in six different facilities, and none offered adequate treatment. She had little or no therapy and few activities. She was locked away from daylight and exercise. Sometimes, she was put into seclusion without even a bed–just a ground sheet to sleep on.

Lauren died from suicide while hospitalized.

Lauren’s mother, who fought to try to get Lauren the care she needed when she was alive, is now collecting signatures on a petition to keep autistic children from being detained in hospitals far away from home and away from their parents, to prevent autism from being misdiagnosed as a personality disorder, to establish suicide-prevention measures, and to provide therapy and activities for all inpatients in mental wards and psychiatric hospitals. 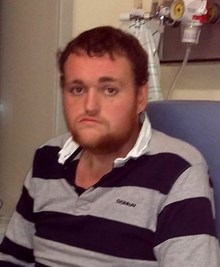 Details:
Mark loved swimming in open water. He lived in Kendal, which had many lakes nearby, and he had swum all of them. His favorite TV show was “Coronation Street”; He had the episodes recorded and watched them repeatedly. At 22, he was a 6’7″ giant who was living with his parents and beginning to make his first friends.

He was so detail-oriented and had such a good memory that his family never needed a GPS system when they went on vacation because he knew the national highway network by heart.

Mark developed digestive problems and began to lose weight rapidly–a third of his body weight in his last six months. When his bowel became blocked and he was in severe pain, his parents took him to the hospital.

The hospital neglected Mark. For five days, he lay in severe pain, starving because the hospital would not give him any IV nutrition, and dehydrating because they did not give him enough fluid. They promised surgery, and then delayed it. When Mark told nurses that his pain was even worse than it had ever been before, they refused to insert a tube to drain his stomach and relieve the pain. Later that day, Mark’s bowel ruptured.

A new doctor arrived and saw Mark was dehydrated, and rehydrated him too quickly, making things even worse. Mark was in crisis by the time doctors finally decided to take him in to surgery; when they administered the anesthetic, his heart stopped and he could not be resuscitated.

Mark’s family scattered his ashes at his favorite swimming spot.

References:
Investigation into death of autistic man at Royal Blackburn Hospital to be reviewed
Our Son’s Final Days

Callie had depression and had been suicidal. The NHS staff handling her case had no idea how to help an autistic person. They did not attempt to stay in touch with her, nor to maintain her care when a staff member went on sick leave. She was sectioned and hospitalized, but then discharged even though she was still suicidal. Two weeks after the discharge, Callie–who had been researching suicide methods online–was found dead from suicide.

Autistic people who have depression often have trouble maintaining contact with mental health services. For autistic people, initiating contact with a psychologist who is most likely a compete stranger can be daunting, and more so when their concentration and motivation are being sapped by depression. When an appointment is missed–which they often are, because with autism it can be hard to break a routine or leave a predictable environment–it is hard to navigate the social situations involved in making another. If mental health services do not know this about autistic people and do not offer services like appointment reminders, predictable appointment schedules, and home visits, they risk losing track of these patients and losing them to suicide. –Editor

References:
Death of young autistic Dover woman found in tent ‘partly caused by NHS neglect’ – Kent Live
Suicide after ‘gross failure’ by healthcare trust
Family of girl found in tent ‘sincerely hope’ lessons are learned after inquest
Callie Lewis from Dover interacted on suicide website before her body was found
A body has been found in search for missing Dover girl Callie Lewis

However, the staff did not listen to the boy. Though they correctly identified his asthma, they insisted that his symptoms–coughing severely and panicking because he could not breathe–were those of a panic attack. Instead of treating his asthma as a serious problem and transferring him to a bigger hospital where he could receive intensive care, they gave him Ventolin (the medication often used in asthma inhalers) and waited.

Days later, the boy was still short of breath, and the staff was still insisting that he was having panic attacks. HB collapsed in a hospital bathroom and stopped breathing. An autopsy confirmed he had died from an asthma attack.

References:
‘They thought it was a panic attack. It was not’: 8yo boy’s hospital death ‘entirely avoidable’
Boy, 8, dies in Tasmanian hospital after chronic condition misdiagnosed as panic attack
Wrong diagnosis blamed for boy’s death