Details:
Katie’s friends remember her as a kind young woman who was always smiling, even when life became difficult. She was proud of her Filipino heritage. She played Minecraft and UberSpire, and, as a trans woman, was an advocate for trans rights. She enjoyed hiking and sightseeing. Her motto was, “Model best behavior in your own sphere, break down stereotypes, and speak out.”

Details:
Esias was born one of six boys in his family. He was very good at schoolwork. In his free time, he volunteered at food pantries and at an organization that helps the blind, and tutored children after school. Esias loved to dance and sing; his favorite musicians were Whitney Houston, Cher, Prince, and Michael Jackson. When he came out as gay, his parents threw him a coming-out party; but the church where he worked as a youth leader expelled him.

As an adult, Esias moved to New York City, drawn by the lights and excitement and hoping for a music career. His mental illness worsened, and his social clumsiness made him come off as creepy to potential dates. He was arrested multiple times, though never convicted of a crime. He received occasional counseling, but no other help.

When he died, he had been arrested on a misdemeanor charge of menacing; police say he slapped a man on the butt on the subway and chased him into a bank with a syringe. $1 bail was all that stood between him and freedom. He tried to pay it with commissary money, and his family repeatedly tried to pay it; but jail staff continually failed to set up his court dates, and Esias stayed in jail.

His body was found in his cell at Rikers Island. Authorities say he must have died of a drug overdose–though toxicology results have yet to come in. Esias’s family believes he died from medical neglect at Rikers; they spoke to other inmates, who reported that Esias had been complaining of stomach pain and asking for medical attention for days, and had been ignored.

Three corrections officers have been suspended. Esias’s family has hired a lawyer to look into conditions at Rikers Island, where Esias became the 9th fatality of 2021.

Details:
Cameron had come out as gay at age 12, and was constantly harassed by his schoolmates for being gay and autistic. They would trip him in the hallways, throw food at him, refuse to sit with him, insult him, and ostracize him. The teenager came down with depression, though he did his best to cope by talking to his family whenever something was wrong.

He was a talented artist, creating pieces themed around furries (humanoid animals); he also used his art to express his feelings about suicide.

Cameron wanted to study gaming in college, but although he had several 4s in his GCSEs, he came up short in his maths GCSE and opted for computer programming instead. Toward the end of summer holidays, he and his online boyfriend broke up. That, and the prospect of returning to bullying at school, may have been the last straw for him: The day he was supposed to start school, he instead went out into the woods and hung himself.

Details:
Daniel was an art student who had always had problems with anxiety, especially in social situations, and was experiencing suicidal thoughts. At 19, he was finally booked for an autism assessment.

The assessment confirmed that Daniel was autistic, but the clinic failed to contact Daniel. Between the assessment and the diagnosis, 12 months passed.

Daniel, who had been struggling with depression, lost his life to suicide when he hung himself in a hotel room. He is mourned by his boyfriend and his father, who questions why it took so long to get him his assessment and communicate the results.

Autistic people who reach adulthood without a diagnosis frequently become depressed and isolated. In these cases, getting an evaluation and a diagnosis can be crucial to recovery, since not knowing how your own mind works makes it much harder to fight depression. The unconscionable delay in giving Daniel this information may well have raised his suicide risk. -Ed.

References: Teenager took his own life at hotel while awaiting autism diagnosis 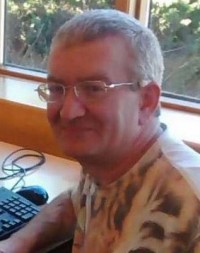 Details:
Kevin was a talented musician and composer who attended Winston-Salem’s UNC School of the Arts. In high school, he conducted Stravinsky’s “The Rite of Spring” entirely from memory, without ever looking at the music. He didn’t graduate from high school; instead, he got a GED and went on to study computer programming at a technical college.

He was blunt and honest, always saying exactly what he thought, a trait that caused some people to dislike him, while others found it refreshing to always know where they stood with him. He had a wry sense of humor.

Kevin’s life was not trouble-free, though; he struggled with anxiety and depression and spent some time homeless before being placed in an apartment by social services.

Kevin and another man, Lewis Franklin Humphrey, were found stabbed to death in Kevin’s apartment. Police arrested five suspects and charged four, but Kevin’s family still doesn’t know why Kevin was killed. They know Kevin met them at a soup kitchen for the homeless and had invited them over to share his apartment. Perhaps they saw Kevin as an easy target; or perhaps it was because he was gay. The investigation is ongoing, and the family still searching for answers.