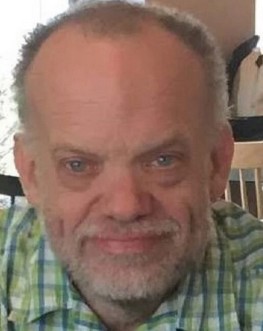 Details:
Nathaniel’s friends Amanda and Regan remember him as “a loyal, caring person”. He was polite to others, but he was an introvert with only a few friends. He liked to keep a steady routine, and made a conference call to his friend Amanda every Thursday. When he missed a call, his friends called police to check on him.

During the wellness check, police were attacked by a knife-wielding man, who was then arrested and jailed while the police officers were treated for their injuries. In his room, police found Brettell’s blood, but no body.

Despite the lack of a body, police believe Nathaniel was murdered and are looking for his body.

Details:
When Duke’s mother reported him missing, the six-year-old had already been missing for two weeks. Soon thereafter, she was arrested for child cruelty; a few days later, she and Duke’s aunt were charged with murder. Police are keeping the details of the case secret. However, a landfill is being searched for the body, which may have been put in a Dumpster.

Details:
Hevin was staying with his aunt when he "disappeared": She reported that she had had the boy in her car when it was stolen with him inside it. But when police, who didn't believe her, asked her for the real story, she admitted that Hevin had had a seizure and died, and she had put him in a garbage bag and thrown him into the Ohio river.

Even this was a lie. When questioned, her boyfriend told police that Hevin's death hadn't been natural. His aunt had drowned him because the boy soiled himself.

Hevin's body has never been found, but he is missing and presumed dead. His aunt was convicted of second-degree murder and her boyfriend of being an accessory after the fact.

Details:
When Shane's 18-year-old sister was discovered abandoned in a parking lot, she told police that she and her ten siblings, including Shane, had all been adopted, then neglected and abused, by a mother who just wanted them for the money she could get for caring for them. All eleven children had special needs.

Police found Shane's siblings–eight still with their mother and one, who had been abandoned earlier, living on his own. All were suffering from lack of education, social isolation, and abuse. They were malnourished, living in constant fear, and had scars from being restrained with cable ties. They had never been to school or seen a doctor. And they told police that, some time in 1999 or 2000, Shane had been very sick, and then had died.

Adoption records showed that Shane had Down syndrome, autism, and sickle-cell anemia. He was called "Moo" because that was the only sound he could make. The last time anyone saw Shane, his adoptive mother had taken him from a babysitter's apartment in July of 2000, and returned shortly thereafter without him. His siblings remember that she had wrapped him in a blanket or put him into a plastic tub and said she was taking him to the hospital or to a doctor. Then she left, and they never saw Shane again.

A tip came in, vague but from a reliable source, that Shane's mother might have buried him in the yard nearly ten years ago. Shane's mother had moved her captives regularly to avoid investigation, so police tried to find Shane's body by using radar and cadaver dogs to search several backyards. They never found a trace of Shane, who is still missing and presumed dead.

Shane's mother was charged with fraud and abuse and was sentenced to twenty years in prison. She refuses to tell anyone what happened to Shane.

Shane's siblings are all adults now. Some are on their own; others are living in group homes. They are still recovering from their hellish childhoods.

Details:
As reported by defectors from North Korea, disabled North Koreans are considered to be unworthy of life. Disabled children are taken from their parents, either purchased or taken by force, and "disappear" into "closed hospitals". Whether they are mentally or physically disabled, the government has decided that these North Koreans' best contribution to their government is to be used for human biological and chemical weapons testing, which is usually fatal. The North Korean government prefers to claim that there are no disabled people in North Korea.

When famine strikes, the disabled are given no food rations, and most die. There are also reports that people with dwarfism were sent to a remote mountain village, with the men castrated, so that they could not have children; this village is now mostly deserted.