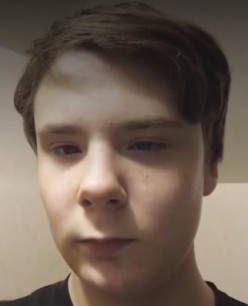 Details:
Sayeed loved Star Wars and Halloween. He never missed a day walking his dog Chloe, rain or shine. He had planned to dress up as Ghostface, from the Scream movies, for Halloween.

Sayeed was found dead at home. His mother and stepbrother said he had fallen in the shower, but police who investigated found his injuries inconsistent with a fall. When they interviewed his mother, she allegedly said that Sayeed’s stepbrother had punched and kicked him in the head; his mother told his stepbrother to stop, but then walked away without actually checking to make sure he had stopped. Sayeed’s mother and stepbrother were arrested and charged with child abuse, homicide, and criminal tampering.

One thought on “Sayeed Neilson”